Crime is down across the nation 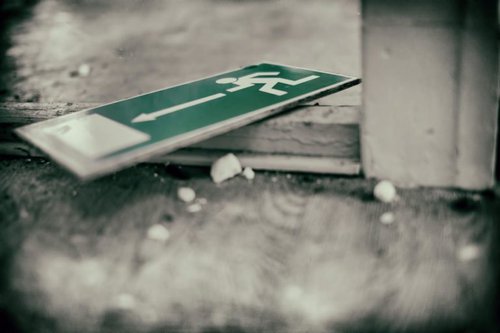 Firstly, we hear on the news that crime is down across the nation. Several big cities are boasting that the addition of more police officers has paid off. With benefits such as sharply-decreased rates of violent crimes, burglaries, and thefts. This is certainly good news for all of us.

However, one crime is booming.

However, did you know that there is one crime in particular that has seen a veritable explosion in the number of commissions in recent years? This crime involves the violation of a law you may not have even heard of. But have almost certainly been affected by. Especially if you have been involved in an automobile accident over the last few years. The crime is called ‘Barratry’ and it is being committed hundreds of times each day in Texas.

Barratry, put simply, is the solicitation of employment of an attorney, or someone acting on his behalf. While there was no prior invitation by the client to be contacted. ‘Ambulance chasing’ is one form of it.

The payment-or acceptance-of anything of value in return for a case.

Barratry is also committed when there is payment-or acceptance-of anything of value in return for a case. In other words, if you did not ask an attorney to contact you, it is Barratry for him to do so, or to have anyone else contact you on his behalf. For example, you sit in an emergency room waiting for people injured in auto accidents to be brought in by ambulance. Then you contract with them to use an attorney to represent you. That’s one form of barratry.

(The only exceptions are if the attorney is a very close friend of the family or has represented you before, he may call you and offer his help in your current situation.)

Also, it is Barratry for any non-lawyer to accept anything.

Barratry has become so widespread, and its commission so pervasive, that the State of Texas has finally decided to do something about it. The law concerning Barratry will almost certainly affect you or someone very close to you at some point in your life, so please read on.

Is It Legal To Get A Finder’s Fee

Every so often, I am asked by a client or potential client if I will pay them a “finder’s fee” or “referral fee” if they refer a case to me. There is apparently much misinformation floating around about the legality of paying individuals who send cases to lawyers, so I felt it was time to set the record straight.

Allow me to be very clear–it’s a Felony.

Allow me to be very clear: Section 38.12 of the Texas Penal Code declares it is a Felony offense for a lawyer to pay or offer to pay, or for any person or a member of their family to accept, anything of value (not just cash, but anything-tickets to a sporting event, restaurant vouchers, flowers-anything) for referring a case or to induce anyone to hire a lawyer (the so-called “signing bonus”).

What is a 3rd Degree Felony?

All of these prohibited acts are jointly called Barratry and Barratry is a FELONY of the 3rd degree.

How serious is a 3rd_degree Felony? Very. Examples of other 3rd-degree felonies are:

Barratry is a more serious offense than

Barratry is a higher degree Felony and therefore considered a more-serious crime-than:

Barratry carries a sentence of no less than 2 years and as many as 10 years in the state penitentiary, plus a fine of up to $10,000!

However, that’s not all. Anyone convicted of any felony in Texas also loses their professional licenses. Such as a law license and is excluded from certain lines of work, such as nursing, teaching and law enforcement.

A convicted felon also loses his voting rights, is ineligible for public office, and is prohibited from purchasing or possessing firearms or ammunition­. Which means he can’t even purchase a hunting license. In Texas, conviction of a felony is also grounds for divorce, and individuals who are non-U. S. citizens are subject to deportation.

Now I ask you:

With all that at stake, do you think I am going risk losing my law license and all those other privileges, plus being sent to the penitentiary for up to 10 years and fined up to $10,000, just to get someone to refer a case to me, a case that may or may not turn out to even be a case? No thank you. And neither should you!

For the couple hundred dollars most of these ambulance-chasers pay for referrals, you could be risking losing almost everything you hold dear. It’s simply not worth the risk. Yet, you’d be amazed at some of the demands certain clients and potential clients make on me.

A few years back, I accepted the case of a police officer–we’ll call him Bill (not his real name).[NOTE: All clients’ personal information is always kept completely confidential – even one who would try to shake me down. Read on.]

Officer Bill was injured when he was struck by a motorist while he was directing traffic. I worked hard on Officer Bill’s case and obtained a very favorable settlement for him; he was quite pleased. Over the next couple of years, Officer Bill referred four cases to me, for which I was very grateful and told him so. With each referral, I also sent him a personal note thanking him profusely for having confidence in me and sending his friends and acquaintances.

One day I received a call from Officer Bill. He said he had another case he would like to refer to me because I had done such a good job for him and for the other clients he had sent (some of which were his close friends).

However, he continued, he had been waiting and waiting for me to “cut [him] in on the fee” and wondered why that had not happened. I was honestly a bit shocked (this was a police officer, after all), but I took the time to explain the Barratry statute (thinking perhaps they had skipped that particular felony at the Academy) and how both he and I could be sent to prison among other terrible calamities if I did what he was suggesting.

I cannot begin to describe my surprise and dismay when he interrupted me mid-sentence, calling me “greedy and selfish” for “not wanting to share” funds he felt he had “earned.”

He accused me of using Barratry as “just an excuse for not wanting to share” and that he had already “struck a deal” with [a well-known T.V. lawyer] who would gladly pay him for his referrals. And with that, he hung up and, to this day, I have never seen or heard from him again-and, of course, have received no further referrals. Yes, a police officer tried to shake me down and then got furious with me for not being willing to join him in the commission of a Felony.

Use only honest, law-abiding attornies.

So, please, send your family and friends to an honest, law-abiding attorney. One who is not willing to break the rules to get more cases – if not us, then someone like us.

Please don’t perpetuate this terrible problem by sending your business to someone who advertises on T.V. Or on the back of a bus and who employs “runners” or who pays “signing bonuses”.

Can you really trust a lawyer who would willingly commit a felony offense just to get your business? Can you trust one that would get you in just as much trouble?

Those of you who have taken the time to tell someone else about our firm. Especially those who have paid us the ultimate compliment by recommending us, we are deeply humbled and extremely grateful.

Without you, this firm, like so many others in this area of law, would have folded long ago. Some of you who may not know how much we depend upon the word­ of-mouth recommendations of our clients. We respectfully ask that you consider recommending us to anyone you know who may benefit from our services. Those who may have been injured or have tragically lost a loved one in an accident.

Because this is all we do and have done it for so long. We truly believe that the legal services provided by our firm in the areas of personal injury and wrongful death are as good as those provided by anyone, anywhere.

And we are constantly striving to improve. Thank you in advance for sending a new client our way. It will be appreciated more than you will ever know… Joey Messina.