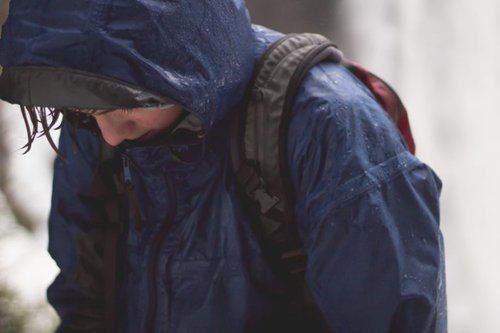 OK, is ‘Climate Change’ making your joints hurt? That’s a little exaggeration, or is it? While there is no scientific support to your knee and joint pains, your grandmother can probably uncannily predict the weather by her knee pains.

It’s not just your knees and joints affected. Cedar-Sinai Medical Center in Los Angeles, told weather.com last year, though the mechanism is somewhat unknown. “What’s quite clear, however, is that overcast, cloudy and rainy days produce more migraine headaches,” he said.

Knee pain happens to me every couple of years but mostly occurs in response to colder, wet weather. Some call it the effect of barometric pressure on our joints. If you have ever suffered such joint pain, you almost instinctively know it’s because the weather just changed. Odd isn’t it?

Personally, my joint pain generally only happens during winter time but can last for several weeks sometimes. That’s generally when I have to replenish my supply of NSAIDs. (Take as directed on the bottle.)

So what can you physically do? RICE… No, not real rice, but an acronym.

How Does This Affect the Law You May Wonder?

Well, there is a seldom-used defense called an ‘idiopathic’ defense, Google defines it as “relating to or denoting any disease or condition which arises spontaneously or for which the cause is unknown.” It is, just by its vagueness, very difficult to win cases when used.

In Court, the burden of proof of liability is on the claimant and how you were injured because of the other party’s or person’s negligence. Little wiggle room for a Climate Change defense, and who would you blame?

‘It Happened out Of the Blue’.

Claiming a personal injury to your knee while climbing or descending stairs at work, ‘that gave out, all out of the blue’. Is very difficult to apply liability for such an injury to the employer. In my case, I ‘know’ its likely been caused by climate change, or if you prefer, a change in the weather. But it’s prone to happen anywhere and for no seeming reason physically. ie. No trip, no twisting, it just gives out…

If you are uncertain whether your personal injury has any validity, please contact our office. If we think you have a valid claim we will schedule an appointment with Joey Messina, an attorney at The Messina Law Firm.