Fracking: A New Frontier For Law 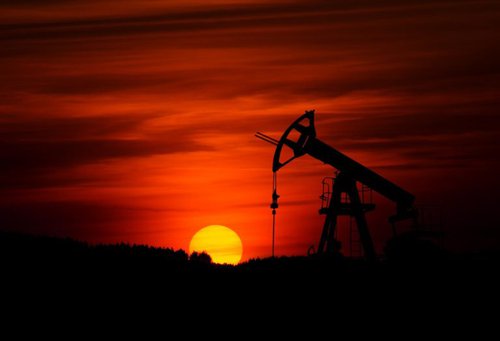 In the past decade, the growth of the practice known as hydraulic fracturing (or “fracking”) has exploded. Fracking is used to drive natural gas out of formations of shale rock. Many see it as an important way to meet our nation’s future energy needs. However, for every fan of fracking, there is an opponent, and it remains to be seen how the law in the area will develop.

Many of the complaints about fracking are based on how it is done. The technique involves drill­ing a deep hole into a formation of shale rock.   A large amount of water, mixed with a smaller amount of sand and chemicals, is then pumped down the hole at very high pressure. This mixture of pressurized water, sand, and chemicals open up fissures in the shale from which the trapped natu­ral gas can escape and be captured for use.

Shale formations are common throughout the United States, with at least 36 states boasting enough shale to make fracking economi­cally viable.

Here in Texas, the largest shale formation is the Barnett Shale formation, in the north-central part of the state.

Moreover, advances in direc­tional drilling (which allow wells to be drilled sideways instead of up and down) have expanded the reach of fracking operations. Which have resulted in their reaching places where there has never been drilling before. All this fracking has led to many different kinds of lawsuits.

Some are to be expected. Like any industrial operation, fracking can be dangerous, and many of the suits are brought by workers alleg­ing that they were injured on the job. Others are breach-of-contract lawsuits. Which are brought by property owners who claim that the company that leased the rights to the shale under their property has paid them less than they are owed or has otherwise breached the lease. Some suits allege that the fracking operations are a nuisance, interfering with the property owners’ right to use and enjoy their land without outside interference. However, many suits are based on things unique to fracking.

Some of the suits claim that the water/sand/chemical mixture used in fracking has polluted or even poisoned the groundwater in the area. Property owners claim that they can no longer drink out of their wells and that the value of their land has been reduced because they now have to truck in water for their families to drink.

In A Famous Video

In a famous video (available on YouTube, seen below), one homeowner showed why the water coming out of his sink was undrinkable-when lit, the water caught fire. Other property owners claim that they have been exposed to some of the chemicals used in fracking  (either through their drinking water or otherwise) and that this exposure has caused them to suffer personal injuries, mental anguish, or both. Still, others have alleged that fracking operations have disturbed the shale formations in a way that has caused earthquakes.

Unfortunately, these suits are not easy to win. In 2005, the government excluded oil and gas companies from the Safe Drinking Water Act. And also, the Clean Water Act.  However, the effect of this exemption is that the companies most responsible for pollution. Companies that in many areas cannot be held liable under the laws designed to prevent such pollution. Consequently, leaving injured land­ owners to proceed under a patch­ work of state environmental laws.

In all cases, the exact mixture of chemicals used in fracking operations is kept hidden from the public, with gas companies claim­ing that the information is proprie­tary and secret. This can make it hard for those who may have been injured by those chemicals to prove the cause of their injuries.

There is the potential for positive change.  A bill called the Fracturing Responsibility and Awareness of Chemicals (FRAC) Act was first introduced in the Senate in 2009. The bill has been re-introduced several times, the last of which in April 2017. Although it still has not been passed.  It will both require energy companies en­gaged in fracking to disclose what chemicals they are using in their operations.

Also to close the loopholes. Loopholes allowing them to avoid the re­quirements of the Safe Drinking Water and Clean Water Acts.

Help Is Here, However.

The period of time following an accident is one of confusion and uncertainty. There are many things to take care of.

Hiring a good lawyer is one of them.

Many times, you don’t know where to go when you need legal help. If you or a loved one has been injured in an accident, call us.

We will vigorously represent you and make sure that you are justly compensated for your injuries. That’s our job, and you don’t pay if we don’t win your case.