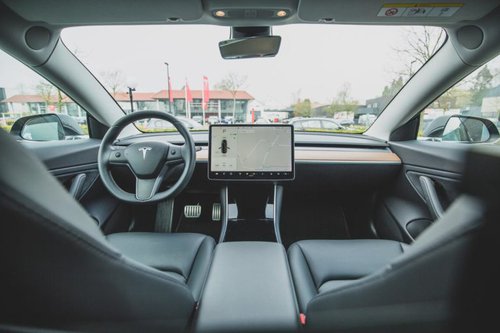 The Tesla Autopilot system has been hacked, according to security group Tencent Keen Security Labs. They published a report in March 2019 revealing how to trick a Tesla’s Autopilot system into veering into another lane on the freeway. It seems that the camera sensors were simply ‘tricked’ by placing stickers on the roadway that caused the system to change lanes. Presumably mistaking the stickers for debris.

Tesla’s Autopilot system engine control unit (ECU) can be also be hacked. Access can be gained through root security weaknesses in software version 18.6.1. Access that can gain remote control of a Tesla Model S steering wheel. The researchers were able to gain control of the steering wheel without actually touching it. The researchers were also able to gain control of the windshield’s auto wipers, which Tesla claims has now been fixed.

The Advanced Driver-Assistance System feature offered by Tesla that gives advanced Level 2 autonomous driving. It features lane centering, cruise control that maintains safe speeds and distances. Also the ability to self-park. The potential to automatically change lanes with driver’s approval. As well as enabling the car to be called remotely to and from a garage or parking spot.

Autonomous features of self driving vehicles are ordered by the level of autonomy they provide. The following levels are courtesy of a TechRepublic Article available in full here.

“It is not a realistic concern given that a driver can easily override Autopilot at any time by using the steering wheel or brakes and should always be prepared to do so”. A spokesperson for Tesla, regarding the hack, said.

The Issue of Liability

So what does that mean to the law? Manufacturers and safety officials see driver-less cars reducing the number of accidents. And by as much as 80% by the year 2040. Surprised? Yes, I was too. But who pays if a self-driving car hits your vehicle? Who is to blame or who carries the liability in an accident involving one. These things and more are going to present the legal community with many challenges. Not to mention the milestone decisions to come in the not so distant future.

Have you, or someone that you love, been injured in a vehicle accident of any kind? We recommend seeking an attorney that can help you navigate the difficult claims processes.

Takata airbag recall. NHTSA has identified it as “the largest and most complex safety recall in U.S. history.” The recall ...
Learn More