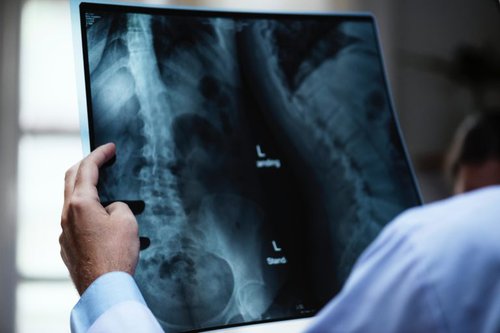 A timely and accurate diagnosis can honestly be the difference between your life and your death. It doesn’t matter whether we are talking about the brakes on your car or your general healthcare.

Doctors are trained to diagnose conditions as soon as possible. While that’s quite a task, ultimately their experience and training will produce the best results. However, a lack of experience and training, will slow the process and could lead to a misdiagnosis. Moreover, even some of the best trained and most experienced doctors can make mistakes, it’s human nature, but now, it’s also a possible medical malpractice case when they do.

Accurately diagnosing your cancer in its early stages can often lead to treatment that may cure you, if caught early enough. Diagnosing strokes and heart attacks early, will too. Opening those accurate and timely doors to you receiving the exact treatment needed to save your life is, well, vital.

What about HIV? A Boston man, Sean Stentiford, recently received an $18.4 million award from a medical malpractice lawsuit. Why? Mr. Stentiford’s HIV had accelerated because it wasn’t diagnosed early enough to be able to timely treat his condition.  Mr. Stentiford claimed his neurologist canceled a test that could have diagnosed his HIV more timely. The neurologist did so because he didn’t think there was a risk for HIV.

That’s horrific.  However, the saddest part is, it would have turned out wholly differently if he had received an accurate and more timely diagnosis of his HIV.

If you need help with HIV, contact HIV services in Dallas.

Clearly, untimely and inaccurate medical diagnoses are hazardous ingredients to your health recovery in life-threatening cases. While sometimes they’re not always discovered, at other times it’s obvious that symptoms were overlooked. Squeaking brakes on your car are not indicative of your anti-freeze being low. Refreshing your anti-freeze levels while ignoring your noisy brakes would be negligent if you were a mechanic. Or could be considered a malpractice if it were a doctor making a similar mistake in your healthcare.

How the caps work in Texas

Negligence of Doctors, Nurses, Physicians, Pharmacists, aids or basically any human healthcare providers as opposed to non-human providers ie. hospitals have a $250,000 cap total, regardless of the number of individual doctors etc that were party to the negligence. It also includes the number of plaintiffs in the same case, for example, the pain-and-suffering of the spouse and children. It all has a global cap of $250,000 for the entire non-economic damages and everyone who has suffered them.

Confused? Don’t worry, it IS confusing. Help, however, is just a phone call away…

Joey Messina is a qualified and an experienced medical malpractice attorney in the Dallas area. There is never a fee from The Messina Law Firm until Joey successfully resolves your case. Contact our office if you or a loved one feel your medical case has been acted upon negligently or irresponsibly.